I hope that you like this Native American Teaching Story as much as I do…. 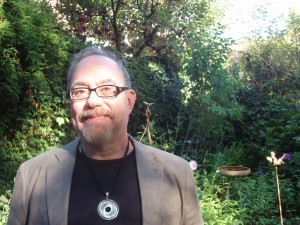 According to legend, Cherokee boys had to undergo a Rite of Passage into manhood. It’s kind of like a Native American Bar Mitzvah.

The boy’s father takes him into the forest, blindfolds him and leaves him alone.  He is required to sit on a stump the whole night and not remove the blindfold until the rays of the morning sun shine through it.  He cannot cry out for help to anyone.

Once the young brave survives the night, he is a MAN.

The young Man is forbidden to tell the other boys about his life changing experience because each brave must come into manhood on his own.

As you can imagine, the young brave is terrified. He can hear all kinds of noises. Wild beasts must surely be all around him.  Some human might even do him harm. Every sound shakes his senses but he sits with his emotions, never removing the blindfold. This is the only way he could become a man!

Finally, after a horrific night of wild imaginings, the sun appears and the brave removes his blindfold.

It is then that the brave discovers his father sitting on the stump next to him.  He had been at watch the entire night, protecting his son from harm.

I mention this because We, like the young brave, are never alone. Even when it seems that way, Creator is always watching over us…

Note: This healing story is an adaptation of an anonymous Native American tale. It’s

too bad we don’t know who to give credit to for it.

This site uses Akismet to reduce spam. Learn how your comment data is processed.